Toutiao is growing to be the largest news aggregation app in China. By June 2017, Toutiao reached 178 million users(according to QuestMobile’s 2017 Q2 Mobile Internet report), and over 120 million people in China spend more than an average of 76 minutes on it(more than that on Facebook or Snapchat by US people), making it an attractive platform for advertisements. Indeed, nearly all of Toutiao’s revenue comes from advertising. Among all advertising platforms including Chinese conglomerates BAT, how does Toutiao differentiate itself?

How does Toutiao Ad Charge?

Besides the most common CPM and CPC, Toutiao provides 4 innovative ways for advertiser to bid the ad, i.e. oCPM, oCPC, CPA and CPV.

oCPC(Optimized Cost per Click) is the same as CPC with paying per click, yet it additionally introduces estimated conversion ratio based on audience behavior into its bidding model. The way advertisers benefit from it is that they can achieve the same conversion goal with less cost. oCPM(Optimized Cost per Millennium) runs on the same mechanism.

The beauty of the above two unique charge models is that advertiser can manage the spending very well without missing the target of conversions.

CPA(Cost Per Acquisition) means advertisers pay only when the conversion(set by advertiser) is completed.

CPV (Cost Per View) only supports video ads. A view is counted when the video ad has played for 10 seconds.

Toutiao Ad allows marketers to target a group of audience who have installed a specific App or Apps in a specific category on their phones. For example, a travel agency might want to advertise directly to members of SPG.

This is quite unique, or you may say intrusive to European, who respect and tried to protect privacy with legislation. But here in China, Toutiao allow the advertiser to target customer with private information.

This is a good way for advertisers to find highly potential customers because it takes real needs rather than pure interests for someone to actually install an App. And real needs, once catered to, trigger purchase. However, audience base for App targeting is smaller, and this option is only available for Android phones.

Given that people live in the same place having similar consuming habits, this targeting option can bring more sales with less marketing cost.

This is very valuable for offline retailers, and advertisers that have customers with specific geolocation, for example, a Villa Lift advertiser can geotargeting users living in a villa area very easily.

Toutiao’s DMP allows marketers to upload an “audience pack” as a seed pack and the DMP would automatically recognize the similarities(age, geo, interests etc.) of the audience and expand on it to find more “lookalike” audience. Target audience base will double or triple easily leveraging this tool.

4.Exclusion rule based on a series of audience behavior

Toutiao tracks readers behaviors like reading through, clicking, video watching etc. Such records come in handy when a marketer is re-marketing. An advertiser can choose to expose the ad only to the audience who have clicked on previously launched ads. Moreover, different rates can be set for a different level of customer engagement. This also benefits advertisers who have a limited budget.

The biggest USP of Toutiao as a detination for ad is derived from the content-recommendation mechanism powered by machine learning technology. The company claims they have cracked the code to keeping users interested, which proves to be working by now: users averagely open Toutiao app 9 times per day.

Toutiao sources content from 4,000 media, and distributes 300 thousand pieces of news every day. With the App being opened frequently, large impressions of ad are guaranteed. Besides, it’s easier for marketers to identify and cater to the audience’s interests because this part is already taken care of by Toutiao.

Comparing to Wechat Ad, Toutiao Ad is more likely to be accepted by users because ads are fed to users just like pieces of news. By contrast, Wechat is still considered as a social platform and users have a natural rejection towards ads. 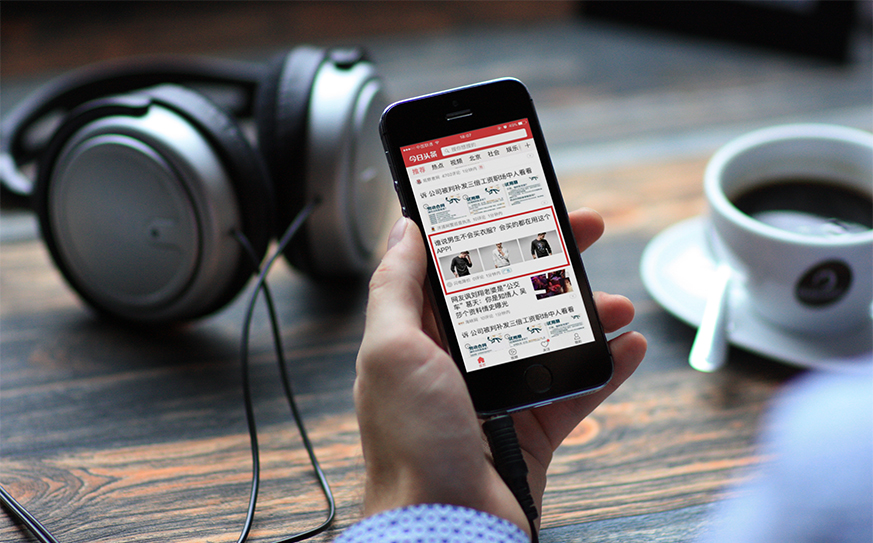 Compared with large sites and media, Toutiao is still relatively a new Ad channel, founded in 2012. The cost for making a buzz is quite lower on this platform at the moment, with CPC (Cost Per Click) lower than 0.2 USD. Toutiao breaks down the advertising process and charges by different milestones. If used wisely, this platform provides a remarkable ROI for marketers in SMEs.

Please get in touch with us to get our latest successful Toutiao ad case study and handbook to set up the account.